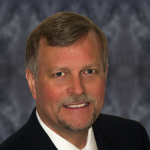 Bob Carstens spent most of his career in a highly competitive Fortune 50 company. During his tenure in big business, Bob started several new technical businesses and quickly gained a passion for building businesses. He left the corporate world to pursue his love for working with startups, small, and medium size businesses. In doing so, Bob quickly learned that the CEOs of these types of companies struggle with understanding their financial statements negatively impacting their financial performance. Jack Lance, a fellow mentor at the Sonoma Mountain Business Cluster, led Bob to some financial modeling concepts that ultimately lead to the creation of FinancialSoft.  Jack and Bob realized that small businesses could save money, improve profitability and at the same time understand their financial performance if they simply had a platform to show their financial metrics and trends. With support from Jack, Bob took his understanding of measuring company metrics and developed the FinancialSoft software that converts a company’s financial statements into graphics that quickly identify a company’s problems in their key financial metrics and trends.

Jack Lance is a serial entrepreneur and a founding member of the Keiretsu Forum a global angel investment group since its launch in 2000. He is an actively involved adviser to several early stage companies.

Jack served as a board member of Sonoma Mountain Business Cluster/North Bay iHUB from its inception to 2011. At the iHUB he remains active as a member of the Advisory and Mentoring Committees.

Jack served as a Weiss-Caldwell fellow and Entrepreneur in Residence with the School of Business and Economics at Sonoma State University in 2012. He also co- taught a Venture Creation Class at SSU.

Jack also serves on the board of Hanna Boys Center (a school for at-risk boys in Sonoma, Ca.) and he and his wife, Kathy, mentor a Hanna Graduate who is now a junior at Southern Oregon University.

Jack is a co-founder of FinancialSoft (financialsoft.biz), a company dedicated to helping entrepreneurs and investors understand the opportunities within their business to improve performance and profitability. FinancialSoft is a partner with Profit Mastery, an educational company that has been teaching financials for 25 years.

Jack has passion for helping entrepreneurs and his depth of personal experience, contacts and resources are key assets for FinancialSoft clients.